I just decided to pool together various screenshots that I’ve taken throughout the process. Some of them are just various poses that I’ve tried, different textures, or lighting.

Note: In the later red rendered images with the dreadful looking grey shadows, Mark told me about light linking and then I was able to remove them so that we don’t have to worry about them in our final animation.

We finally decided on blue and green to be the colours of our objects as they are the main colours of the Alzheimer’s Society’ logo.

The face and some structures will be black to add to the ominous atmosphere.

The textures that we will mainly be using are glass solid and blinn for the background.

We chose these textures because I modelled a marble following a Mike Hermes tutorial (cited at the bottom) and we were impressed with the high quality finish that it had.

We believed that the polished aesthetic would look far more professional in our animation and really raise the standard of it overall.

Having seen a few rendered shots of our scenes, I believe that we have fulfilled one of our objectives of creating a visually compelling animation.

I decided to try and create a robot to play with and this is Max.

Cleaning up the outliner

You can actually move his limbs but his right leg dislocates itself from the knee down for some reason, aside from that it seems to work.

I was  speaking to my granda about our animation and about the idea of the T-Rex flying a little white flag to symbolise it’s surrender, and he thought it was pretty good. So, I went about trying to make it.

Initially I was going to use nCloth. Everything had appeared to work perfectly well, it was acting like silk and crumpling nicely with the gravity, then I tried to move it.

I still don’t know what I was doing wrong, maybe it was just a bad day to use Maya, but it would not move. Anytime that I tried to move both the flag and the flag pole, only the pole would move. I tried to find out how to fix this and it said about parenting the flag to the pole before adding cloth and then another one said about trying to parent the nucleus of the cloth to the pole, so I was confused and decided to try and find another way.

Initially I started adding joints into since we had just had the lecture on joints, then I figured that I was making this far more complicated than it needed to be. Amy then suggested using a lattice to deform it and I was about to when I clicked onto the deformers tab and saw the wave deformer tool.

I applied that to the flag and ended up with a nice wave, then I played about with the amplitude until I got an proportionate displacement for the size of flag. I then went to animate this by changing the different translate values before realising, that again, I was making this more complicated than it needed to be. So instead of doing that, I simply switched between 0.1 and -0.1 in the amplitude and keyed that at regular intervals to get a good looking movement on the flag.

Then came the fun of animating the swing of the flag. I started off with it rising up unrealistically smoothly from the ground, so then I added a little bit of a stutter I suppose to the movement, making it more clumsy and befitting of our T-Rex character. Once I was satisfied with that, I then had to do the side to side wave. The rotation of the flag pole was fine to do, but the flag itself seemed to detach and pass through the pole for some reason so I had to key the translate values once I had imported into the correct position on the landscape.

Upon Matthew’s suggestion I changed the shape of the flag as the perfect rectangular shape looked rather odd, I had tried to make it look ragged but it didn’t react realistically so I settled for making it off-white and to triangular.

Ryan took over creating the landscape when my Mac started playing up and he created this. 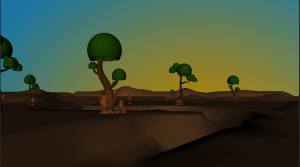 I said about creating the mountains for it and came up with these as the result.

I downloaded a greyscale image of a mountain range from above and increased the contrast in Photoshop before saving it as a .png in SourceImages. Then in Maya created a plane, (in surfaces) opened sculpt geometry tool, selected pull mode and then imported the map onto the plane creating a quick mountain range which i scaled up and then pulled some vertices higher.

Ryan put his landscape onto Dropbox for us to access and since our story involves stones getting thrown into a river I looked into adding water to it.

These are the settings I used on the Ocean shader, in case I forget. 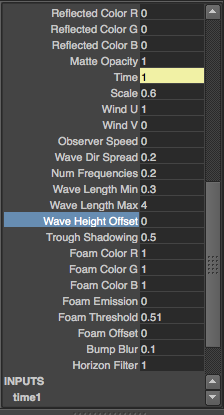 Just realised I could have fixed the black eye by reversing the normals, after hours of rebuilding that.

How to draw the human skull

This wasn’t actually helpful for the task, but as usual with youtube I was distracted by little thumbnails and I figured this would be a fun little thing to watch, and it was.

I found that this video was a bit rushed when trying to show the different steps of the drawing, as it would jump ahead and not really let you see what was done. However, I did up with a version I was happy with as I was drawing along with the video.

I found this to be more helpful in explaining the different steps of the drawing, what the basic shapes where and how you build upon them.

How to draw a portrait

I could never draw portraits before watching this video and after a this I ended up with a drawing that actually resembled the Andrew and not the creature from the Goonies. I had always tried to start with a clear outline of the facial features and work from there rather than starting light and using shading to bring out the different features. These three videos were really, really helpful.

We had to make ball bearings in class, and these are some of the results that I had when playing about with the textures.

First of all, I wanted to know what an artefact was exactly.

After that, I came up this quick sketch of a possible sculpture we could make that would symbolise a lot of the events on the Titanic.

Obviously you have graves for all the dead, the ship breaking apart showing money soaked in blood as the class divides meant that a lot of people perished due to their lack of wealth (we saw in the film that the steerage passengers were locked in), and the frozen hand reaching out which could either be used to represent Jack and Rose reaching across the class divides to each other, or a hand reaching out to be saved.

Conor did this pretty interesting piece which messes with my head a bit.

More ideas we had:

Eventually we decided to make this lifeboat sign that Conor had found, and this was the end result.

Afterwards, we picked out on of the drawings to do and Conor, Aidan and I had Tasha take a picture for reference.

I then drew an outline of the hands for Aidan to paint over.

This was the final image. I added the text in Photoshop but unfortunately, Aidan didn’t have time to actually paint the text onto the painting.

So the idea was to then pair the two pieces together, and the lifeboat sign would then border the painting at the bottom.

The image itself was to show how Rose was chained to a future she didn’t want and was trying to reach out to Jack. It intends to highlight the irony of the statement “The ship of dreams” as in reality it was much more the “the ship of nightmares”.

These are pictures of different ideas and plans for our project. 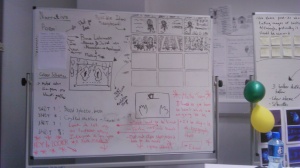 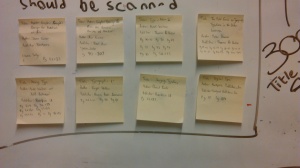 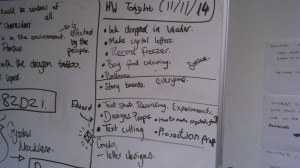 "Don't cry because Maya crashed. Smile because you remembered to save it." – Paraphrased Dr Seuss